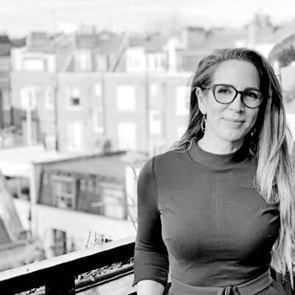 ​​I am a Professor of International Relations at the University of Cambridge, where I also have an appointment as a Politics Fellow at Emmanuel College.

I grew up in Istanbul, Turkey and moved to the US to attend Middlebury College, Vermont (BA in Political Science and Classical Studies). My graduate degrees are from University of Wisconsin - Madison (MA and PhD in Political Science). After graduation I worked as a tenure-track Assistant Professor in Politics at Washington & Lee University, Virginia, until I moved to Cambridge University in 2013.

I am the author of After Defeat: How the East Learned to Live with the West (Cambridge University Press, 2011), which deals with international stigmatisation and the integration of defeated non-Western powers (Turkey after WWI, Japan after WWII and Russia after the Cold War) into the international system. This book was also published in Turkish as Yenilgiden Sonra: Doğu Batı ile Yaşamayı Nasıl Öğrendi from Koç University Press (2012), with a new introduction I wrote for Turkish readers. A second Turkish edition was published in 2019. Between 2013 and 2017, I oversaw an international collaboration aimed at theorising Hierarchies in World Politics (Cambridge University Press, 2017) [runner up for 2019 ISA Theory section prize].

My new book, Before the West: the Rise and Fall of Eastern World Orders, which advances an alternative global history for IR focused on (Eur)asia, was published in March 2022 by Cambridge University Press. In this book I re-theorise sovereignty, order and decline from a more global perspective. (Click here for more.)

My research has been recognised by a number of funding institutions and professional associations: I have held fellowships funded by the Council on Foreign Affairs (as IAF), CRASSH (University of Cambridge), the Norwegian Nobel Institute and the University of Copenhagen/ERC. I currently sit on the editorial boards of the following journals: International Organization, Review of International Studies, International Theory, International Relations, International Studies Review​, Cambridge Review of International Affairs, Global Constitutionalism, Relaciones Internacionales and New Area Studies. Since 2010, I have been a member of the PONARS Eurasia international academic network which advances new policy approaches to research and security in Russia and Eurasia. I also author policy memos, edited book chapters, book reviews and pieces for a more general audience.

Note: I am currently serving o the editorial team at International Organization as one of the two Associate Editors (for a five-year term, 2022-7). I still review for other journals but my availability is much more limited.
Last updated Summer 2022.
Powered by